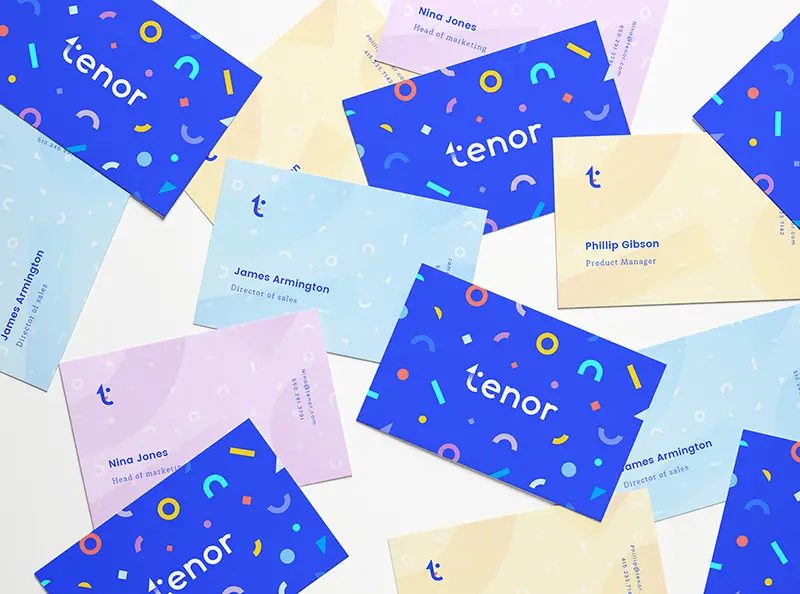 Amanda Ortiz designed these business cards for Tenor, a GIF engine and mobile keyboard app that also powers many communication platforms such as Facebook messenger, Apple’s iMessage, Twitter and Slack.

The Tenor team approached Amanda for the branding project. “The client needed a branding system and logo that not only brought visual connection to their GIF-sharing community, but the identity needed to be flexible enough to live within many different environments and interfaces,” Amanda said. 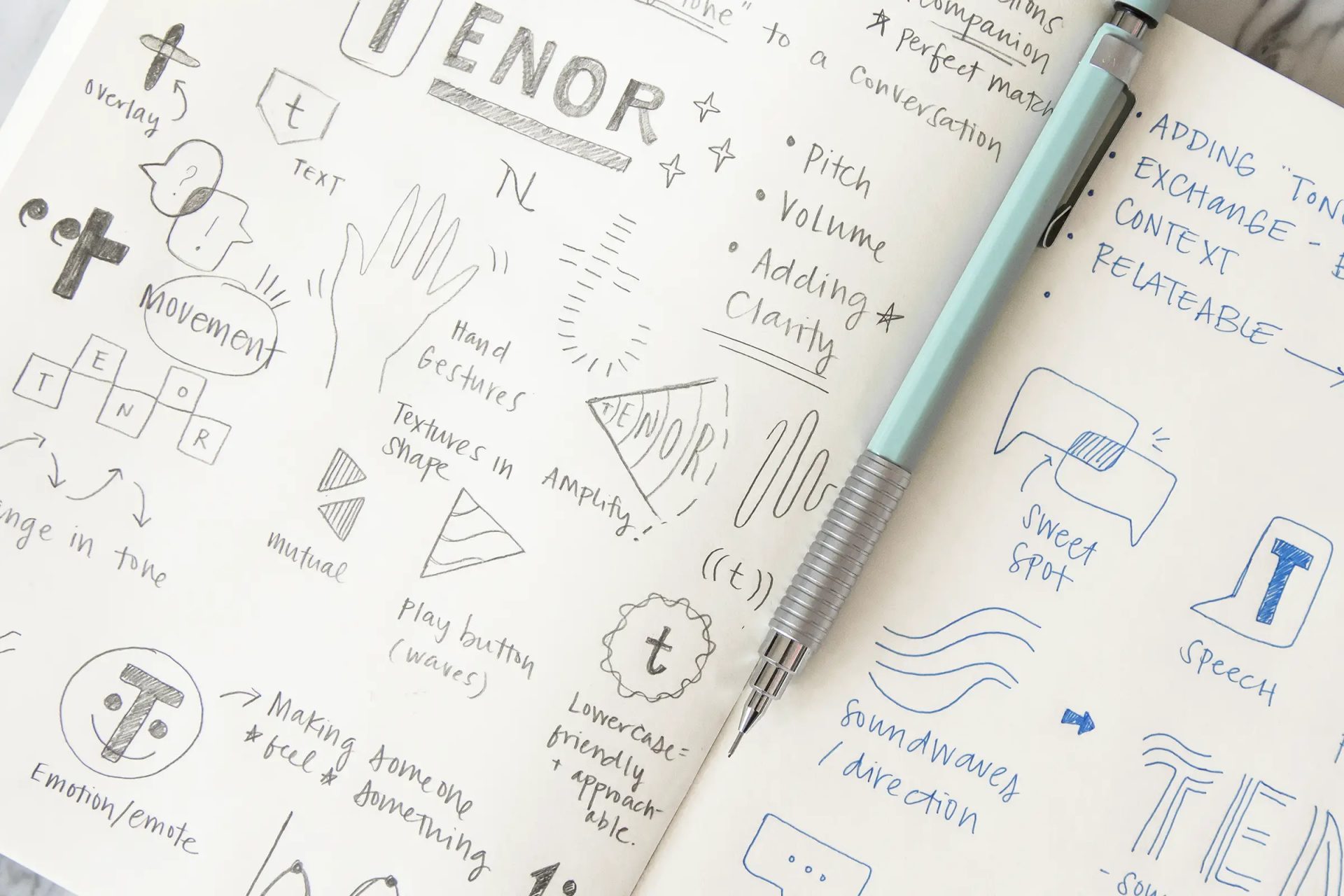 Tenor’s goal is to define a new visual language for the mobile age, that is, to enable users to express emotions and thoughts with ease via GIFs. Therefore, Amanda and her team explored numerous avenues around the idea of communication and language, including early concepts integrated visuals (such as punctuation, speech bubbles and sound waves) when began developing the logo.

“However, through further research around Tenor’s data, we found that 90% of all Tenor searches were revolved around emotions (OMG, high five, sigh, Friyay etc.). Ultimately, we all felt that imbuing emotion through Tenor’s identity would best portray who they were as a company and global tool.”

“We landed on a direction that we dubbed ‘the companion’; a friendly face in the personified ‘t’ of the logo portrays exactly what Tenor does–bringing warmth and relatable human emotion through expressive imagery,” Amanda said. 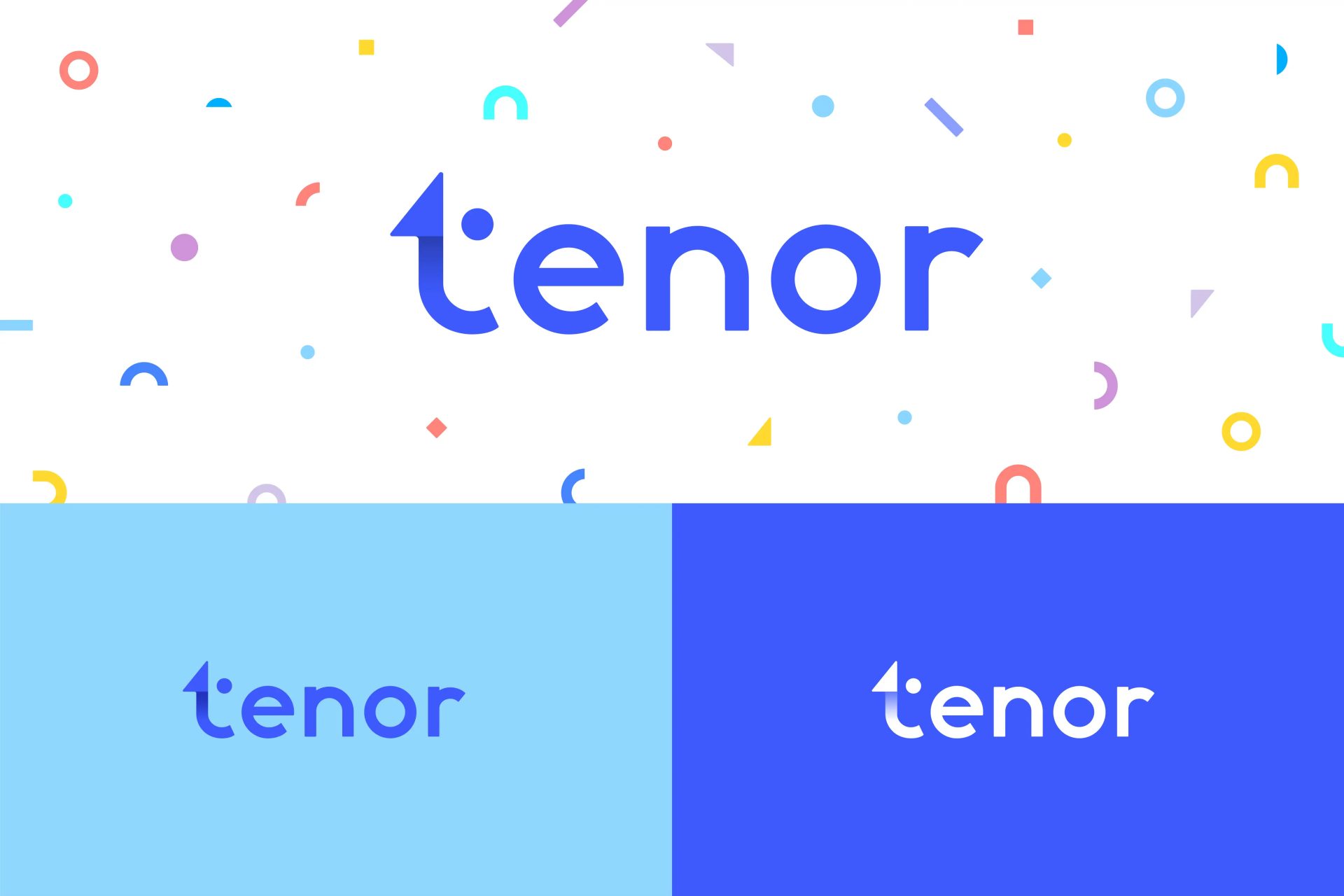 The typography used in the visual identity are Poppins and Brix Slab. Each geometric letter of the custom logotype breaks down into a “confetti” piece that is used together as a brand pattern; the pattern is implemented throughout varying touch points to showcase the brand’s dynamic personality.

“We wanted the business cards to be just as expressive as the branding–playful colours, patterns, and alternating palettes create a fun, cohesive system where each person is able to customize their own,” Amanda added.

Although these cards are still in the conceptual stage,  Amanda and her team know exactly how they want them to turn out, “They’ll be printed on 19 pt. card stock; soft touch finish and spot gloss on the confetti pattern.” Amanda suggested. 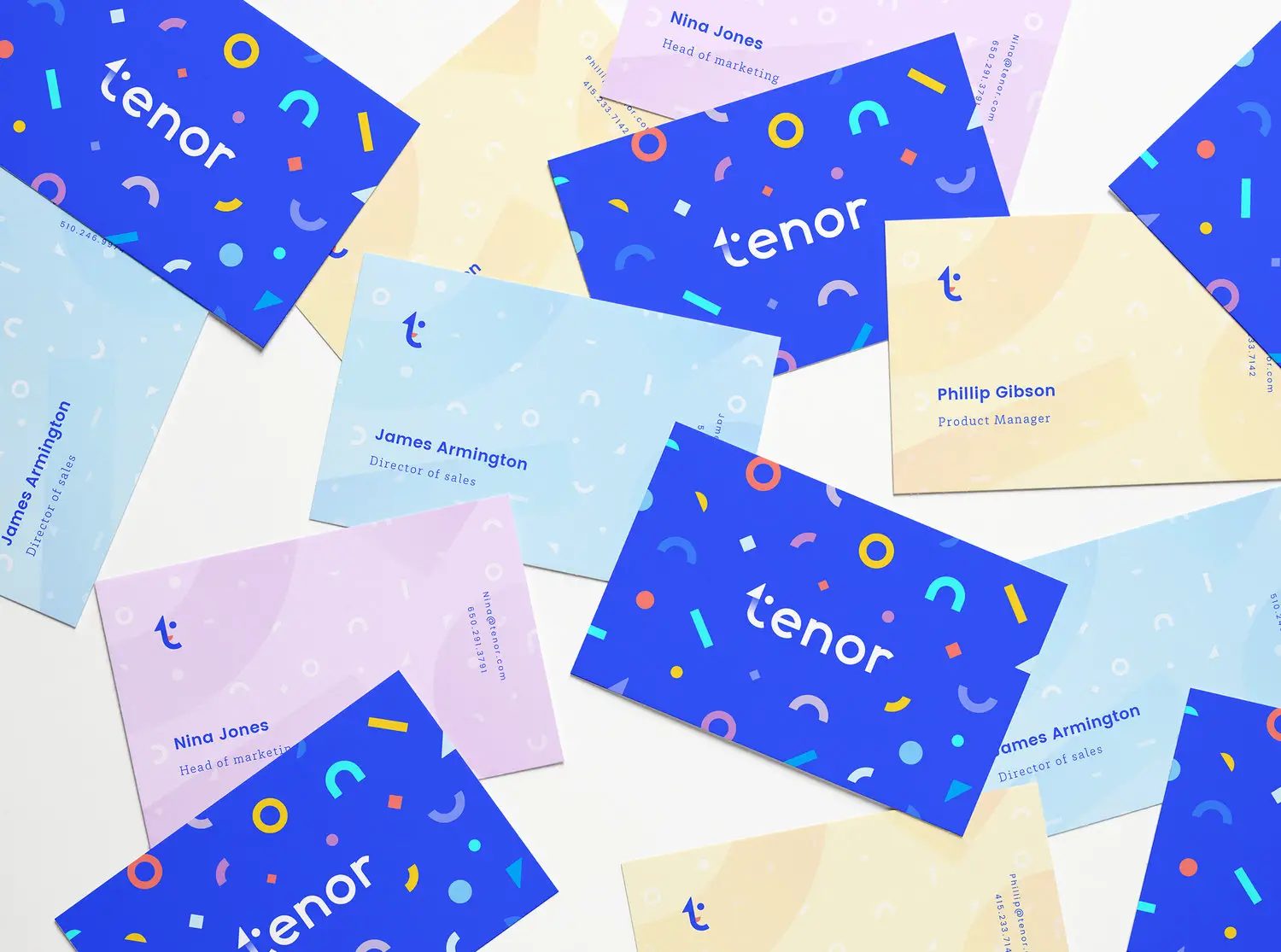 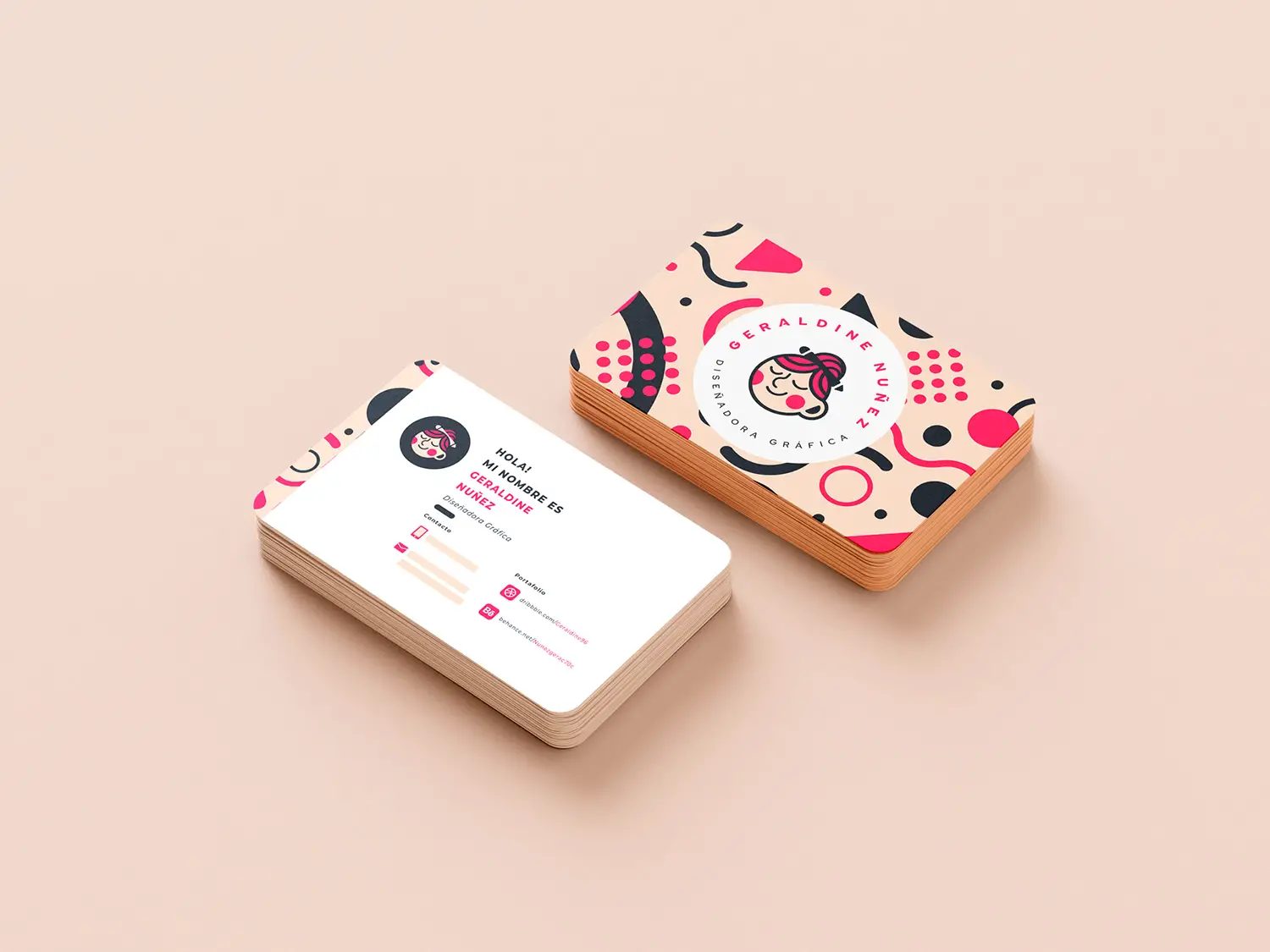 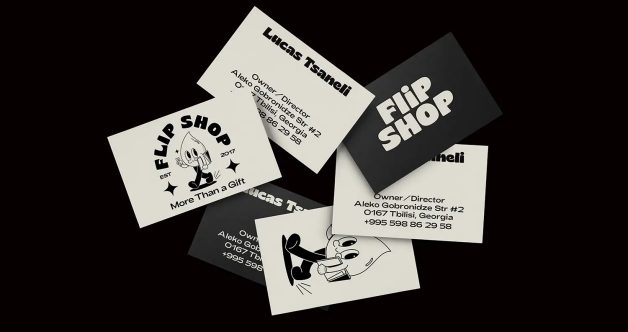 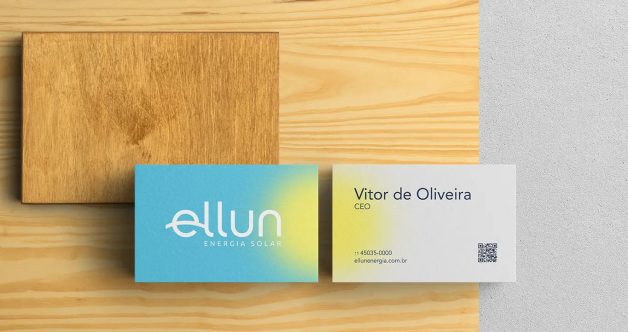 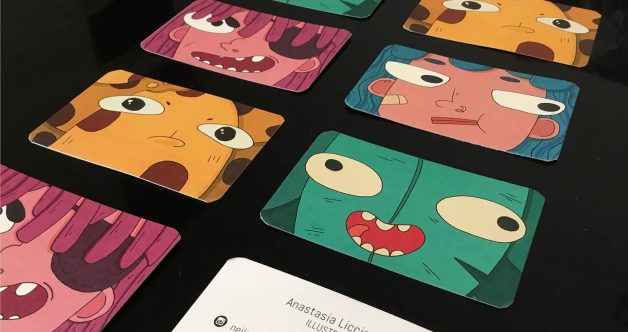 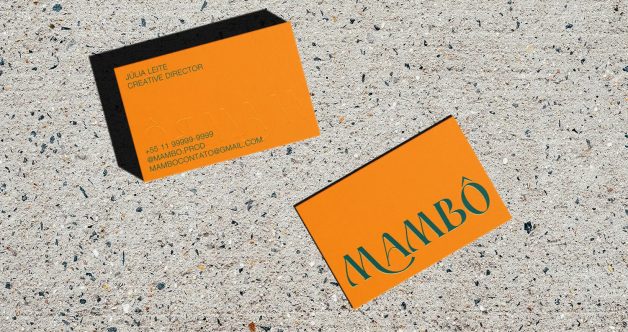 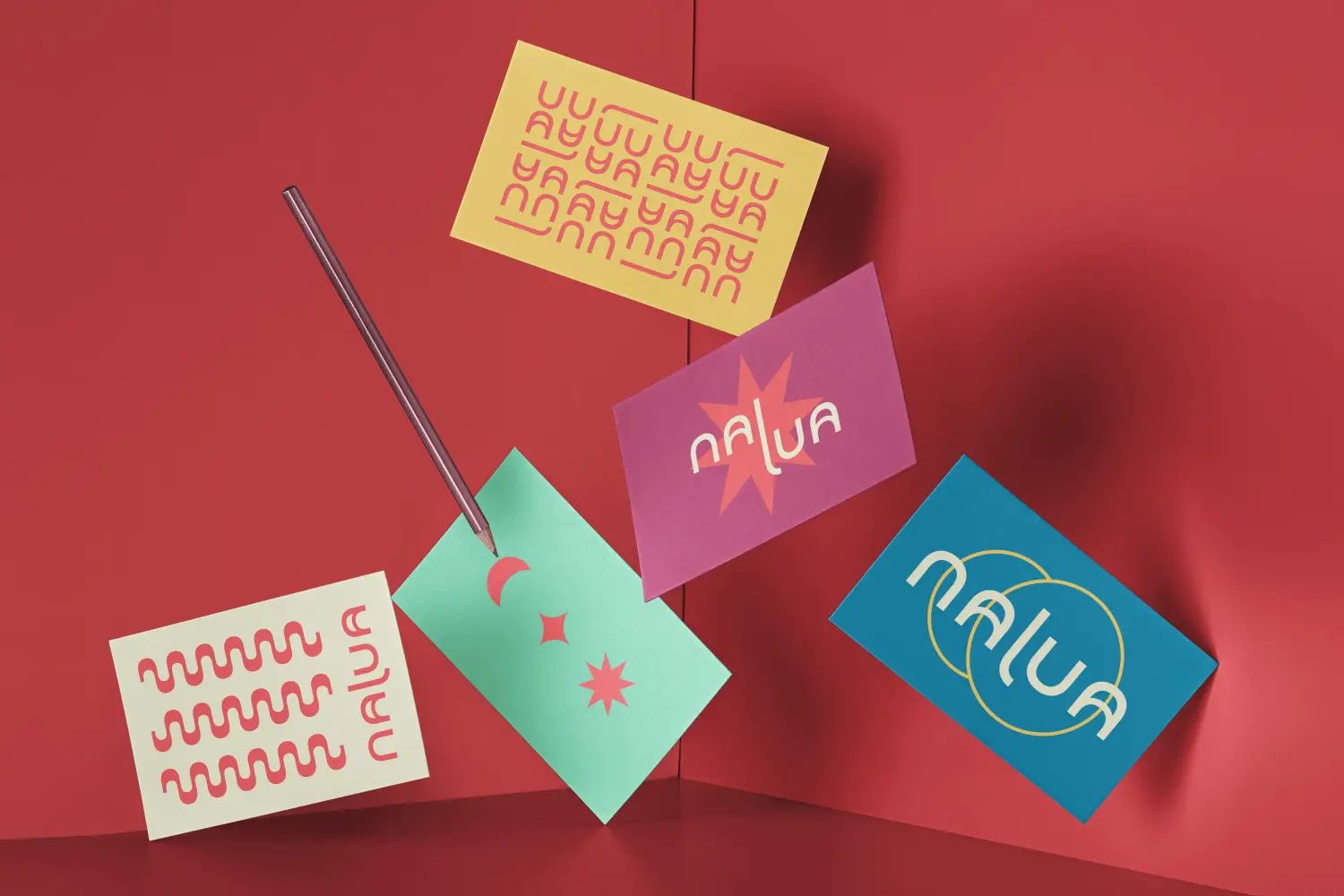